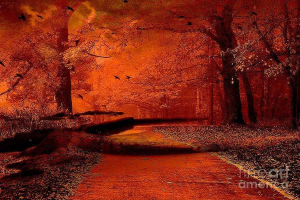 The Secret Chiefs have played an important part in the development of Thelema.  Their ideological origin seems to be with the Hidden Mahatmas of the Theosophists in the XIXth Century ev.  But they may also belong to the apocryphal origins of beings like the Nephilim and Annunaki.  And today, they may even be extraterrestrials; our modern angels.

3 thoughts on “November 2014 Rosicrucian Mass Sermon: On the Secret Chiefs”