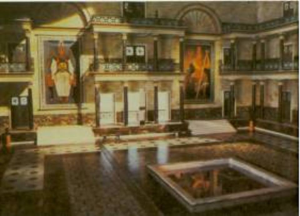 The Logos; the word of God.  But if we are all gods, then each our word matters.  You’ve heard people say, “my word is my bond” and so indeed it should be.  The first article of virtue for the spiritual aspirant is to speak truth; otherwise you are first, betraying yourself, long before deceiving another.