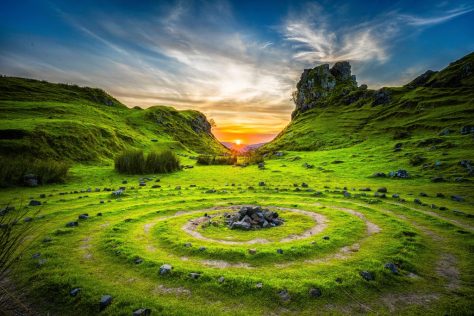 Sacred Space and its mindset produces and emanates from a sense of wonder and awe.  Whether this belong to the external landscape of the world around us, or the internal landscape of the mind, it is a key to life’s meaningfulness and its pure joy.  Through this inner sensibility, the Divine is reached in a direct manner and one stands face to face with God.